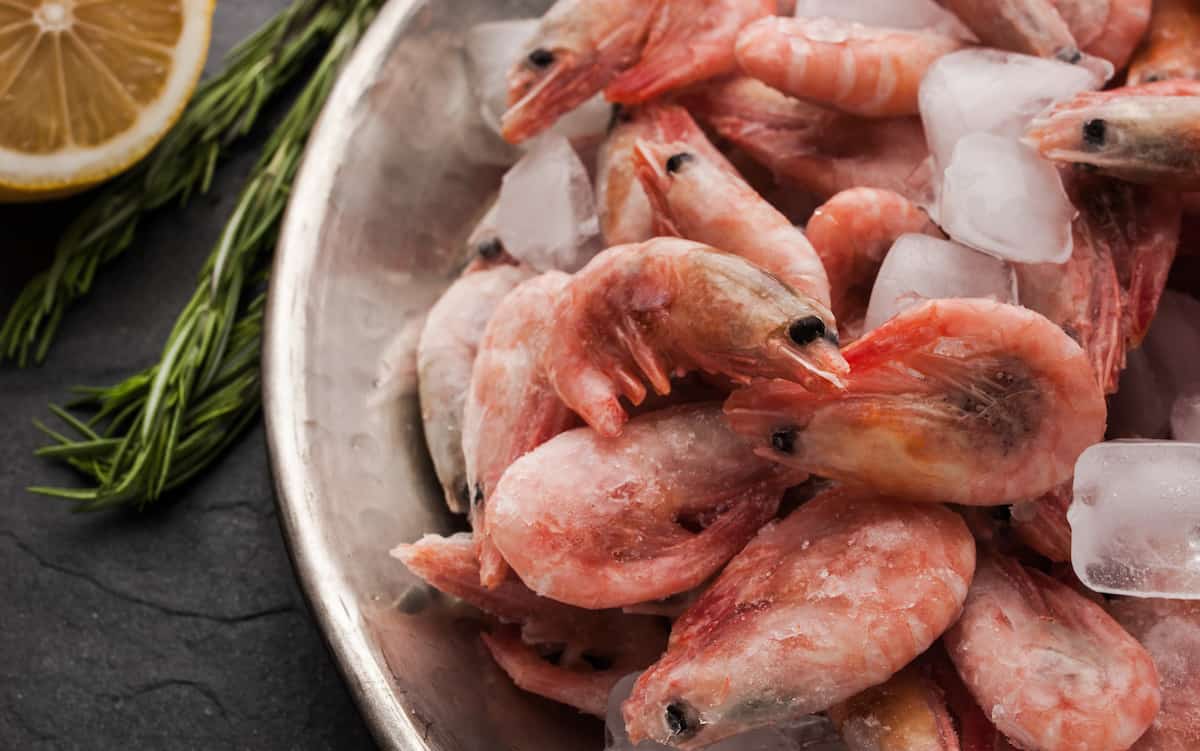 Shrimp is a tasty delicacy enjoyed by many seafood lovers. They come fresh, frozen, and even cooked. Sometimes, raw shrimp exhibits white spots either on the shell or the meaty part.

Shrimp, crab, and lobster are all susceptible to the white spot syndrome. The syndrome is very lethal, wiping out entire crustacean populations at a time.

In 1993, entire shrimp farming enterprises in China collapsed due to a widespread outbreak of WSS. If these spottings can mean such a lethal disease in shrimp, the burning question then is, is it safe to eat shrimp with white spots?

Yes, it is safe to eat shrimp with white spots. The two major causes of white spots, freezer burn, and white spot syndrome do not pose any risk to food safety or human health.

Read on to find out the best way to handle white spots on shrimp.

What Causes the White Spots on Shrimp?

There are three possible reasons why shrimp ends up having white spots.

When shrimp are shelled and has white spots on the meaty part, it probably has freezer burn. Freezer burn happens due to changing freezer temperature or improper sealing.

It can also be caused by long storage in the freezer, about 6 months or more. The shrimp loses moisture as it dehydrates, leaving it tasteless, but it is safe to consume.

Cooking it with herbs and spices can help with the taste.

White spot syndrome is usually exhibited by white spots on the shell, not the flesh. Without any known cure for the disease, it is almost always 100% lethal to the crustaceans.

This means that it is actually very rare for affected shrimp to make it to the market. They die out in large numbers from the syndrome and are discarded.

However, if you do get shrimp with the tell-tale signs of WSS, you can still cook them. They are safe for human consumption.

During packaging, some packers coat shrimp in a white glaze. This is meant to help the shrimp maintain moisture when thawing.

Sometimes, shrimp are frozen in sugar and salt solution to add the glaze and make separation of the shrimps easier when thawing. This glaze is actually very hard to spot.

It thaws off immediately when the shrimp is out of the freezer, and you barely notice it. The glazing is a perfectly safe way to prepare the shrimp for packaging and poses no danger to human health.

Is It Normal for Shrimp to Have White Spots?

Raw fresh shrimp should be white and slightly transparent. This means that white spots on shrimp is not a normal occurrence.

You can easily tell when freezer burn is the cause of white spots on the shellfish because the shrimp will be dehydrated, tasteless, and chewy.

Some people choose to throw out freezer-burned shrimp due to lack of taste, but it is actually safe to eat. Additionally, since white spot syndrome is so deadly to the crustaceans, they rarely make it to your table.

Most of them die out, and selling dead shrimp is not a pleasant thing. If the white spots are caused by white spot syndrome, there will be no effect on taste.

Therefore, it may not be normal to have white spots on shrimp, but that does not affect the quality or taste of the shrimp.

How to Tell if Frozen Shrimp is Bad

Shrimp is highly perishable and will often get frozen straight from the fishing boats. It can go bad though, even when deeply frozen.

This may be due to fluctuating temperatures or prior contamination.  As with any other seafood, this can pose serious health problems when ingested. Here are a few tips to help you tell if frozen shrimp has gone bad.

The first sign is an ammonia smell. The fishy smell is caused by the growth of bacteria in the shrimp. It is safe to discard the shrimp immediately.

Another sign of bad shrimp is the shell color. The yellow color could mean that the shrimp has been on the market longer than is recommended and the seller added sodium bi-sulfate to bleach the shells. This is used to disguise that the shrimp is old.

What to Do with Freezer Burnt Shrimp

Freezer burnt shrimp is common in houses that buy in bulk and freeze their produce. Shrimp left in the freezer for a long time may develop freezer burn.

It is advisable to check for signs of spoilage such as a fishy smell or other unusual signs but freeze-burnt shrimp is safe to eat.

The freeze burn takes away most of the shrimp’s moisture, leaving it dehydrated and chewy. The moisture lost also contains the flavor of the shrimp.

That’s why freeze-burnt shrimp is so tasteless. Utilize spices and herbs to cook the shrimp instead of throwing it out.

Read Also: Is Shrimp a Type of Fish? (Simply Explained)

How to Buy the Right Shrimp

Raw shrimp can be bought fresh or frozen. However, shrimp is highly perishable. It is better to buy frozen shrimp to ensure that it is safe.

If broken and slimy, the shrimp may be decomposing. If buying off-shell shrimp, the first tip is to check the color. Raw fish is white, almost transparent.

Discoloration may be an indication of spoilage. If buying shrimp with the head still on, another way to check for the right type is to check the eyes. They should be shiny.

If missing, shrunken, or dry, do not buy the shrimp. Bonus tip, the tastiest and healthiest shrimp are caught in the wild, rather than raised on shrimp farms. Is it Okay to Eat Shrimp with White Spots? – Agrofoodious 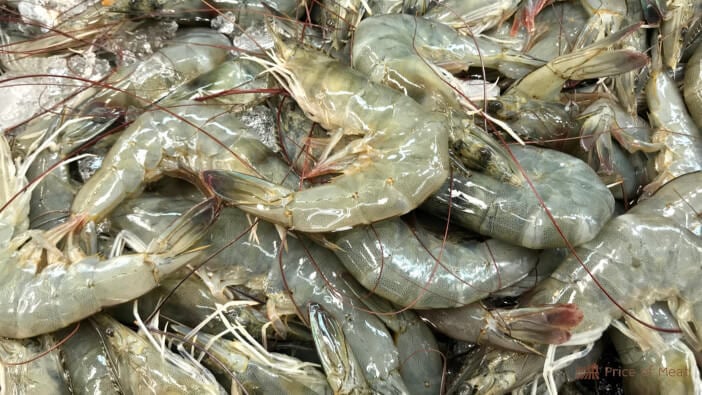 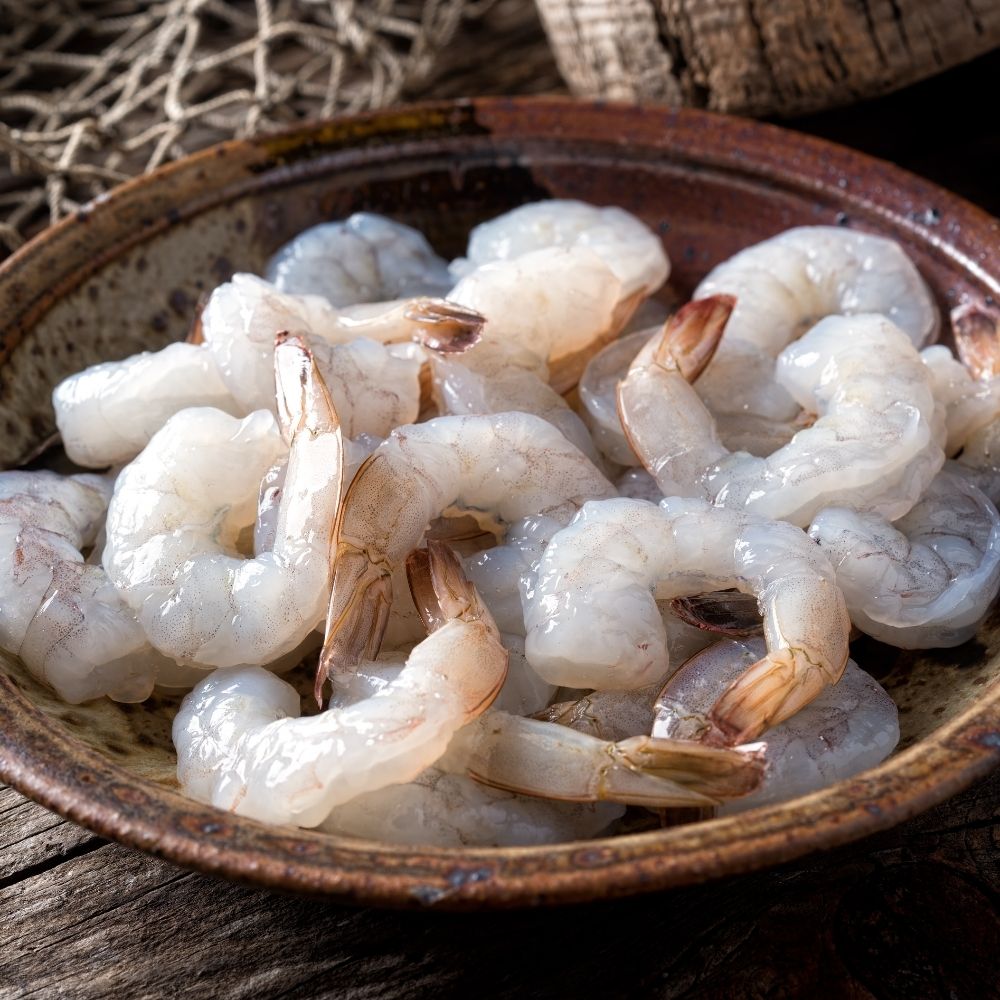 Why Is My Shrimp White ? Here's What We Know(Frozen VS …

Read More:   Top 10 how to tell if clementines are bad That Easy To Do 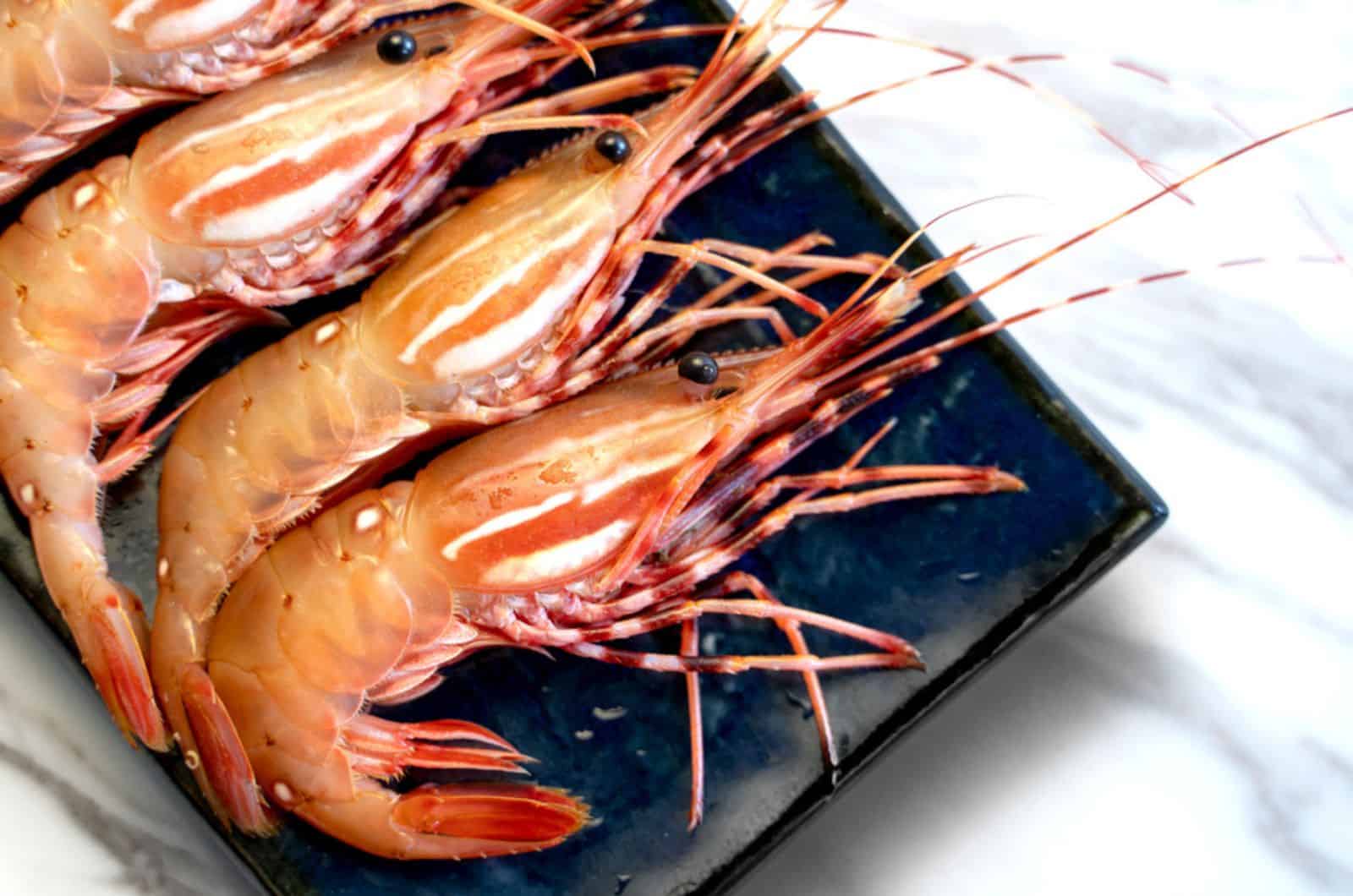 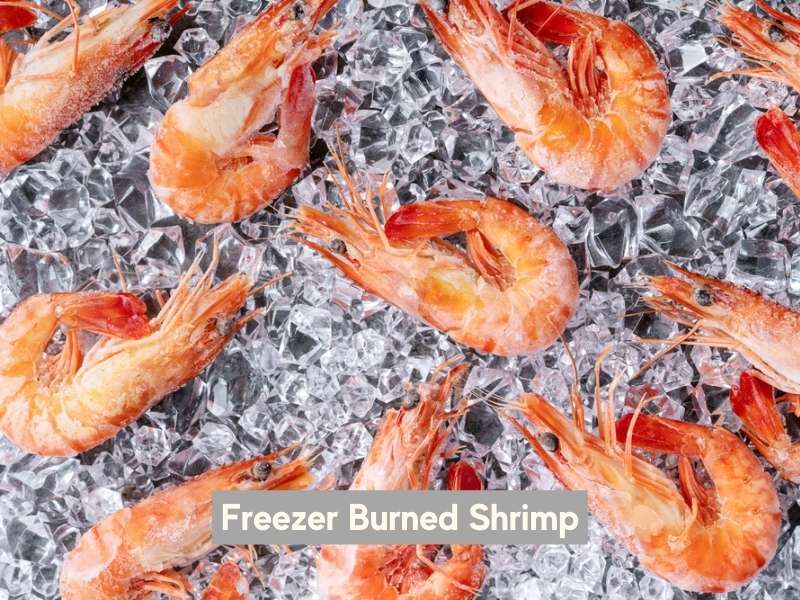 Can You Eat Freezer-Burned Shrimp? Signs + How to Fix It

Can I eat shrimp with white spots? – Daily Delish 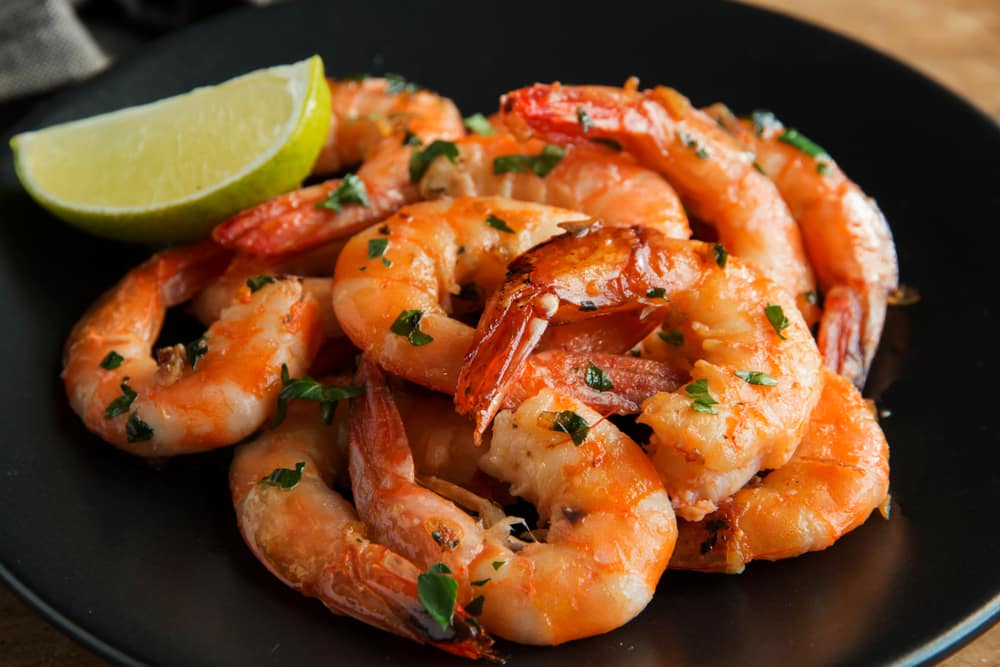 Why Does Shrimp Have White Stuff On It? – Miss Vickie 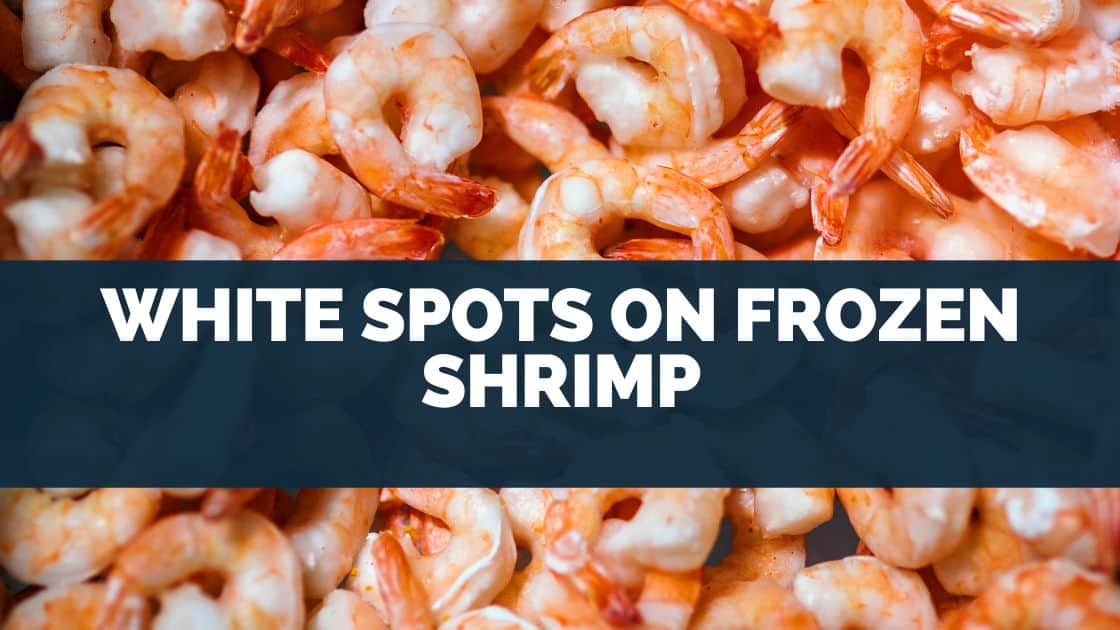 If you have questions that need to be answered about the topic white spots on frozen shrimp, then this section may help you solve it.

Is it safe to eat shrimp with white spots?

Is it safe to eat frozen shrimp with white spots?

The white spots on shrimp are either white spot syndrome, or freezer burn. Both options are theoretically safe to eat for humans, as the virus that causes WSS doesn’t hurt humans, and freezer burn is still edible but tough

How can you tell if frozen shrimp is bad?

Is it safe to eat frozen shrimp with freezer burn?

Yes, you can definitely eat the freezer-burned shrimp. Though it will taste a little bland, you can surely make it delectable by adding herbs of your choice. Nonetheless, the only time when you should throw the shrimp away is when it stinks with the ammonia smell. It’s the time to tell that shrimp has really gone bad!

While this is a highly contagious viral disease of prawns, it does not pose a threat to human health or food safety.

Why is my shrimp turning white?

If the color changes to completely white, however, then the reason is almost certainly old age. This means that the shrimp has between days and weeks left of life. You can tell by your shrimp behavior whether they are ready to molt, or if they are just getting old. Usually, when they molt, they will hide.

How do you treat shrimp with white spots?

Why does my shrimp have white stuff on it?

Has your shrimp been covered by a white glaze? Shrimp is often covered in a white glaze that is intended to help the shrimp retain its moisture after thawing. The white color that you notice on your frozen shrimp could simply be this glaze melting off.

If the shrimp flesh doesn’t appear to be flush to the shell or there’s discoloration or a dull look to the shell, it’s probably best to discard it. Typically, fresh shrimp have bright clear looking eyes; so opaque or sunken eyes are another warning sign to look for.

Can raw shrimp go bad in the freezer?

While shrimp can last for up to one year in the freezer, it’s best to use it within three months for optimum taste and texture. Be sure to label and date the bag so you know when it was originally frozen.

Vorticella is one of the most common parasites in shrimp tanks. It looks like white mold growth on the body of the shrimp. Areas of fluffy white growth may also be observed on the shrimp’s head and at the tip of the nose.

If the shells look like they are no longer attached to the body or if they have black spots on them they aren’t safe to eat. Cooked shrimp will be an opaque whitish color with some pink and red as well. If it looks faded in color, grey, or moldy at all then toss it out.

How do you know if shrimp has bacteria?

Shrimp with an overwhelming ?fishy? or ammonia-like odor is likely spoiled and unsafe to consume.

What will happen if you eat spoiled shrimp?

Symptoms of shellfish poisoning begin 4-48 hours after eating and include: Nausea. Vomiting. Diarrhea.