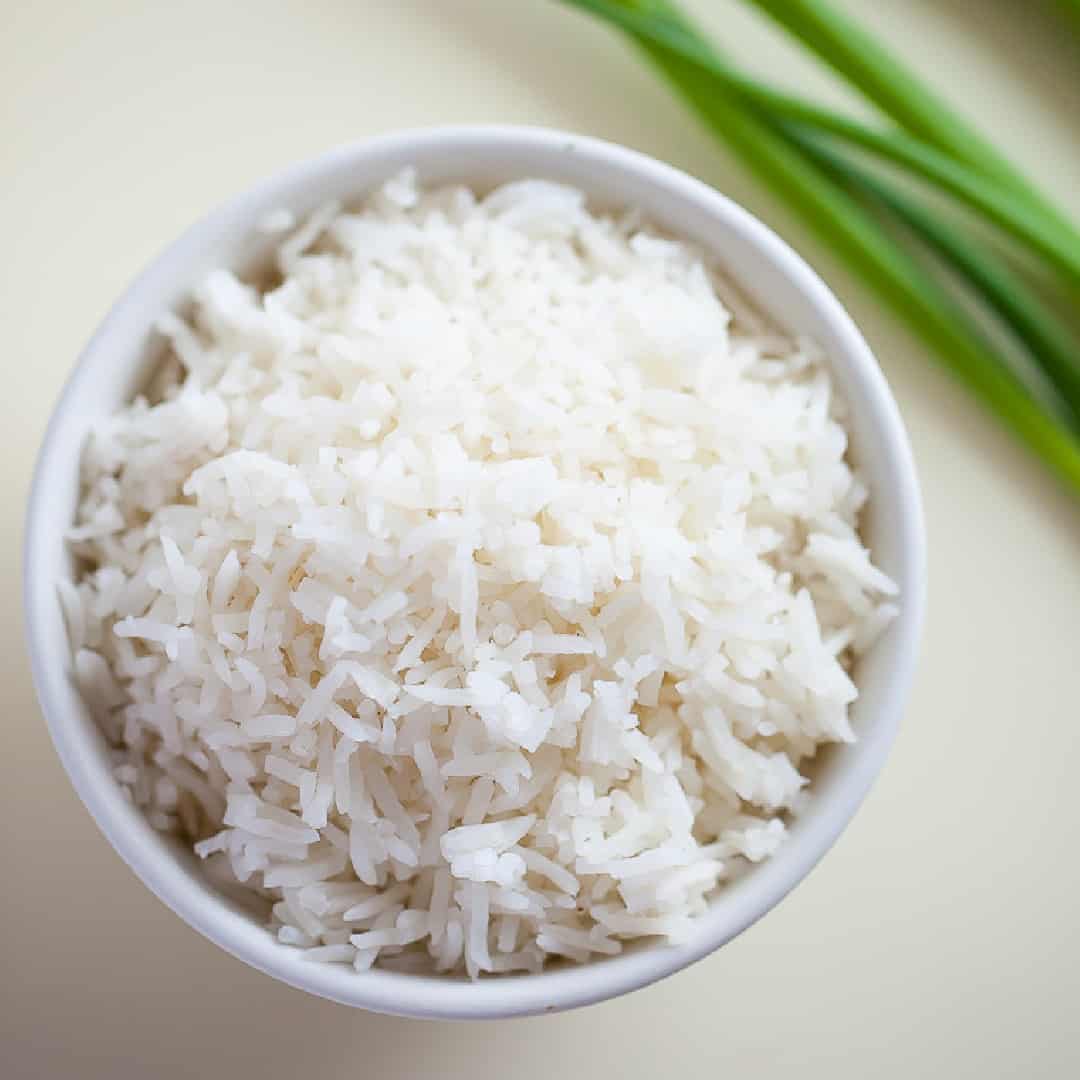 In fact, a sous vide cooker is one of the best ways to defrost frozen foods and can make your frozen foods perfectly prepared in no time.

While the exact problems with traditional defrosting methods depend on the kind of food, here is a brief description of what typically happens during defrosting and why it can be hard on food.

During the defrosting process, foods usually thaw unevenly. Inside the food, areas that are still frozen will absorb liquid from thawed parts, drawing moisture out of the food and creating that puddle of juices you always find beneath thawed foods.

Also, as moisture is transferred inside the food, ice particles can be moved along with it, damaging the food’s cellular structure and impairing the texture.

The slower the defrosting process, the more moisture can get drawn out of your food, and the more texture may be lost.

In other words, food quality, juiciness, and flavor are best if food can be defrosted as quickly and evenly as possible.

Why Defrost With Sous Vide?

Here are some of the reasons why sous vide is the best way to defrost foods.

Microwaves Are Awful at Defrosting

As we already know, microwaves do a very poor job at evenly defrosting foods.

Even when the defrost settings are easy to understand, microwaves tend to over-heat liquid parts of the food and start warming it while leaving other food frozen parts.

Microwaves affect liquids a lot, and ice almost not at all. Unlike a microwave, sous vide defrosts foods evenly, without overheating or beginning the cooking process.

Better for the Environment

The most efficient method of defrosting many foods is to leave them under running water, but that can waste a lot of freshwater.

Because sous vide cookers recirculate water, you get the benefit of moving water that gently defrosts while protecting food’s texture without wasting water unnecessarily.

Even within a refrigerator, temperatures can vary by several degrees. This can make defrosting frozen foods take a long time and make thawing time frames less predictable.

Because you can set a sous vide cooker to the precise temperature needed to defrost without cooking, you can get more accurate thawing.

Because sous vide cookers defrost more evenly and accurately, they defrost faster. This not only saves you time in the kitchen, but it also improves your food safety.

According to a study published in Food Science, rapid thawing of meat by sous vide was proven to meet food safety and quality guidelines while improving the texture and juiciness.

So, if you aren’t already defrosting by sous vide, it’s time to start.

Do You Need to Defrost Before Cooking Sous Vide?

No, you can cook frozen foods directly in a sous vide cooker without defrosting them first, assuming they are properly sealed.

If you want to sous vide cook frozen foods, just add 50% more time to the ordinary cooking time (in other words, if you would sous vide cook an unfrozen steak for 60 minutes, then cook a frozen one for 90 minutes).

For faster thawing and cooking of frozen foods, simply start your sous vide with hot tap water to thaw more quickly, and sous vide for the standard amount of time.

How to Defrost With Sous Vide

While you can easily cook frozen foods with sous vide, often people want to use a sous vide cooker to defrost meat so that it can be marinated or seasoned before cooking.

The easiest way to defrost with sous vide is to set the thermostat to 38°F and allow the cold water to circulate around your food.

For fast defrosting of meat, you can also use higher temperatures for shorter periods. In the study linked above, researchers heated steaks at 102°F for 11 minutes.

Because the time frame is short, it doesn’t allow time for bacterial growth and doesn’t impair food safety while significantly shortening defrosting time.

If you have an immersion cooker or sous vide setup and aren’t using it to defrost your food you’ve kept in your freezer, you’re missing out.

Sous vide is the fastest, most efficient, most eco-friendly way to thaw and defrost frozen foods while preserving the flavors and textures.

While defrosting isn’t necessary, and you can directly sous vide frozen foods without defrosting first, it’s also a great way to defrost foods for marinating, seasoning, or use in recipes.

To learn about freezing food that you’ve cooked sous vide (and whether you should do if before or after sous vide), click here! 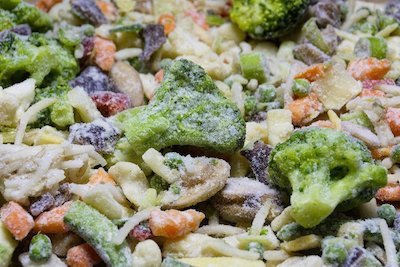 How To Defrost Chicken With Sous Vide | In 45 Minutes or Less!

Read More:   Top 10 how long is poke good in the fridge That Easy To Do 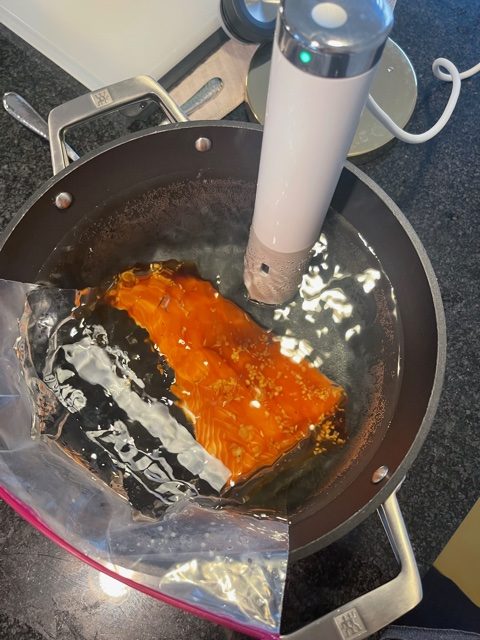 How to Defrost Food in the Sous Vide How To Defrost With Sous Vide – topfoodinfo.com

How to Defrost Foods Using Sous Vide – Guides for You

Read More:   Top 10 blendjet charged but not working That Easy To Do

If you have questions that need to be answered about the topic defrost with sous vide, then this section may help you solve it.

What temperature do you defrost meat in sous vide?

The easiest way to defrost with sous vide is to set the thermostat to 38°F and allow the cold water to circulate around your food. For fast defrosting of meat, you can also use higher temperatures for shorter periods. In the study linked above, researchers heated steaks at 102°F for

Do you need to defrost meat before sous vide?

When you’re cooking sous vide, there is no need to worry about thawing meat first; you just grab it out of the freezer, pop it in the pot of heated water, and prepare for delicious results.

Can you defrost steak in sous vide?

With an additional 60 minutes of cook time in the sous vide bath, the steak completely thaws and cooks to desired temp. The texture of frozen sous vide steak is just as tender and juicy as fresh steak. The major difference in frozen vs fresh steak sous vide is that cooking from frozen is wayyyy more convenient

Can you defrost a turkey with a sous vide?

You don’t have to let the turkey thaw overnight before sous viding it ? it just goes right into the sous vide bath to thaw and cook

Is it safe to sous vide frozen meat?

Go from freezer to cooked in one simple step. The only thing easier than defrosting steaks and cooking them with a sous vide machine? Dropping already-prepped packs of frozen steak straight into the water.

What is the fastest and safest way to defrost a turkey?

By submerging it in ice water, even a 24-pound bird can be defrosted in just 12 hours (Thermoworks says to count on about 8 hours for a 15-pounder).

How do you thaw a turkey in a hurry?

Thawing turkey in a sink of cold water is faster than thawing in the refrigerator, but it’s not safe to leave it in the sink to thaw overnight.

What if I left my turkey out overnight to thaw?

What’s so dangerous about a turkey sitting at room temperature for hours and hours? One word: bacteria. In the food safety “danger zone” (that is, anything about 40°F), potentially dangerous bacteria can grow rapidly. Unfortunately, you cannot see, smell, or taste that bad bacteria.

Video About defrost with sous vide