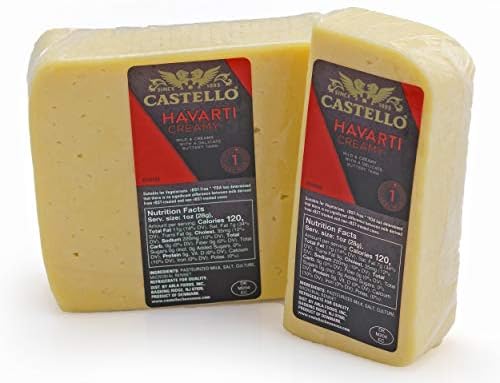 To ensure that your recipe looks good and tastes great, make sure to choose a similar melting cheese when selecting the proper substitute, especially if using the cheese to make fondue, sauces, or baked dishes such as lasagna, potato casserole, mac and cheese, and au gratin potatoes.

9 Havarti Cheese Substitutes You Can Get

While you can find most of these semi-hard and semi-soft melting cheeses in your grocery store or local cheese shop, you may need to order some of these cheeses online.

Here are the best substitutes for havarti cheese:

An imported cheese from Europe, Tilsit has the closest flavor profile to Havarti. Many grocery stores, cheese shops, and boutique markets now carry this popular cheese.

A semi-hard melting cheese, Tilsit provides the best substitute for Havarti in terms of flavor, texture, and appearance.

Add Tilsit cheese to salads, or use it as a melting cheese for fondue, sauces, casseroles, and other baked dishes.

While this cheese is a little harder than Havarti, it melts well and has a mild flavor similar to Havarti, Colby, and young Cheddar cheese.

A popular ingredient in many Spanish and Mexican dishes, Monterey Jack cheese is also used to create flavorful cheese boards. This cheese pairs well with wines such as Pinot Noir and Riesling.

You can easily find Monterey Jack in most grocery stores, cheese shops, and specialty markets. Combine this cheese with other melting cheeses to use in mac and cheese, casseroles, and cheese sauces.

A semi-soft Danish cheese made from cow’s milk, Esrom has a bold, buttery flavor that melts with ease. Use this stinky melting cheese in casseroles, sauces, and fondue. If adding to a cheese plate, serve this cheese with beer or red wine.

This cheese melts well and is perfect for any recipe that calls for Havarti cheese. Made from cow’s milk, Emmental cheese has a mild, fruity flavor with a hint of acidity and a pleasant aroma.

As with other melting cheeses, Emmental looks good on a cheese board that you can serve with your favorite red or white wine.

A semi-soft French melting cheese, Saint-Paulin has a buttery flavor with a bite. You can use this cheese to make sauces and fondue, or you can add this cheese to a cheese plate and serve with a fruity Bordeaux, light Beaujolais, or Riesling.

A semi-hard Dutch cheese, Gouda has a mild, nutty, sweet flavor with a hint of fruitiness. A great melting cheese, you can easily find this cheese at your grocery store.

Made from cow’s milk; this cheese has a pleasant aroma.

This cheese has a mild flavor and semi-soft texture similar to Havarti. A melting cheese, you can use this cheese in a variety of ways that include adding to your favorite cheese plate.

Make sure that you select a young cheddar cheese. Aged sharp yellow cheddar cheese won’t serve as a good substitute for Havarti as these cheeses contain annatto, a spice that gives the cheese its yellow color while altering its flavor profile.

Read More:   Top 10 air fryer sausages and chips That Easy To Do

A Dutch cheese with a mild, sweet, buttery, nutty flavor that’s similar to Havarti; made from skim and part-skim cow’s milk, Edam has a soft texture suitable for a wide variety of recipes that call for melting cheese.

How to Substitute Cheeses in a Recipe

When substituting a different melting cheese for Havarti, use the amount equal to what the recipe calls for.

In general, 1 cup of semi-hard or semi-soft cheese equals about 4 ounces. The most important factor when choosing the appropriate substitute for Havarti cheese is the melting point. For a cheesier flavor, you can add a little more cheese than what the recipe calls for. If you want to reduce the cheese flavor, add a little bit less cheese.

You can also combine melting cheeses to enhance the overall flavor of your recipe. It’s not the amount of cheese that you add to a recipe that makes it great; it’s about using a similar flavor profile and texture to get a good result.

Keep these simple guidelines in mind when choosing a Havarti cheese substitute:

How to Choose the Right Substitute for Havarti Cheese

Now that you know more about the many suitable melting cheese substitutes for Havarti cheese, how do you choose the right one for a particular recipe?

When choosing a substitute for Havarti cheese, you have many options. The most important factor to consider when using a different cheese is the melting point. Other than that, have fun experimenting with substitute cheeses in all of your favorite recipes. 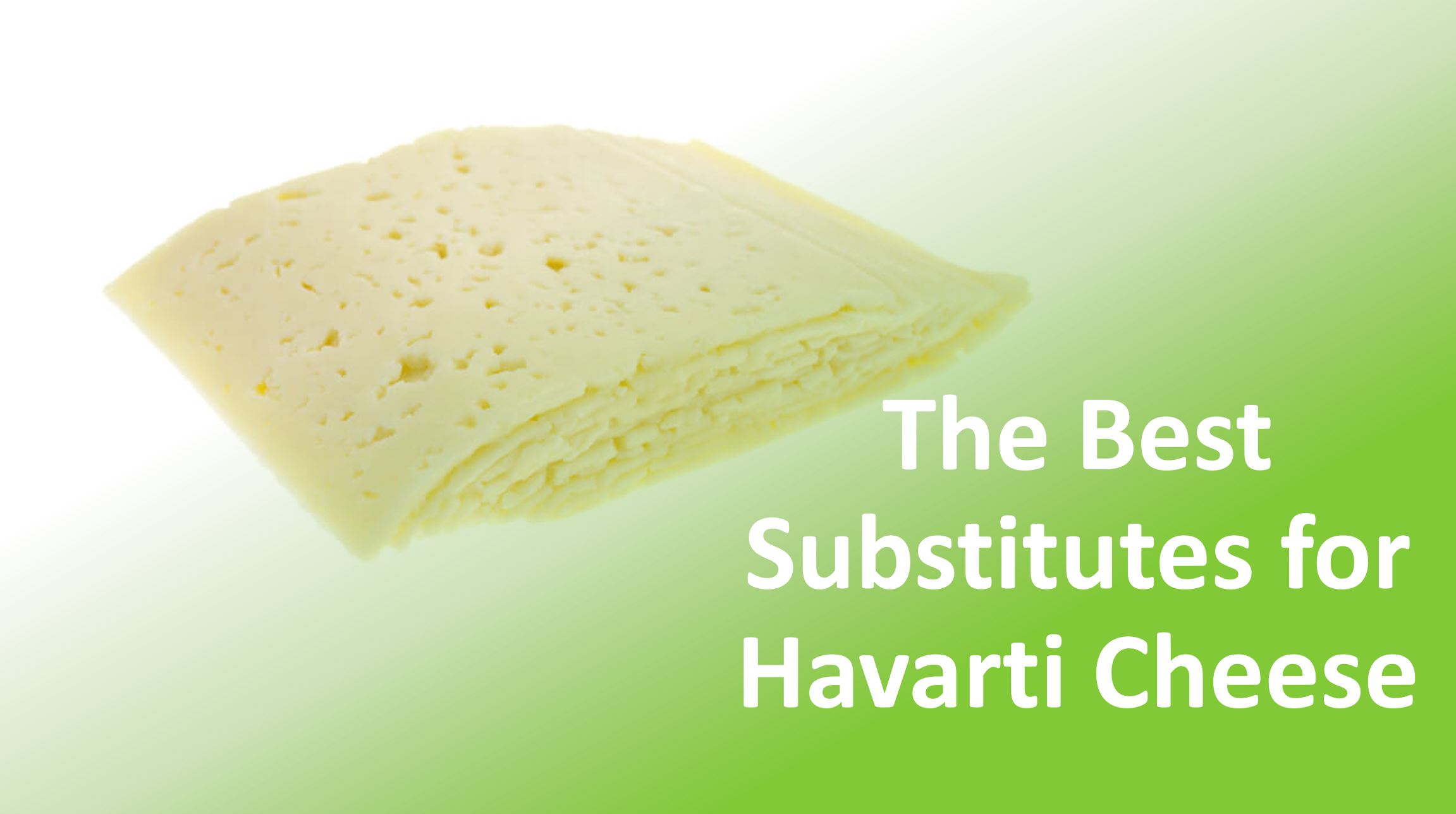 Havarti Cheese Substitutes: Here's What To Get Instead 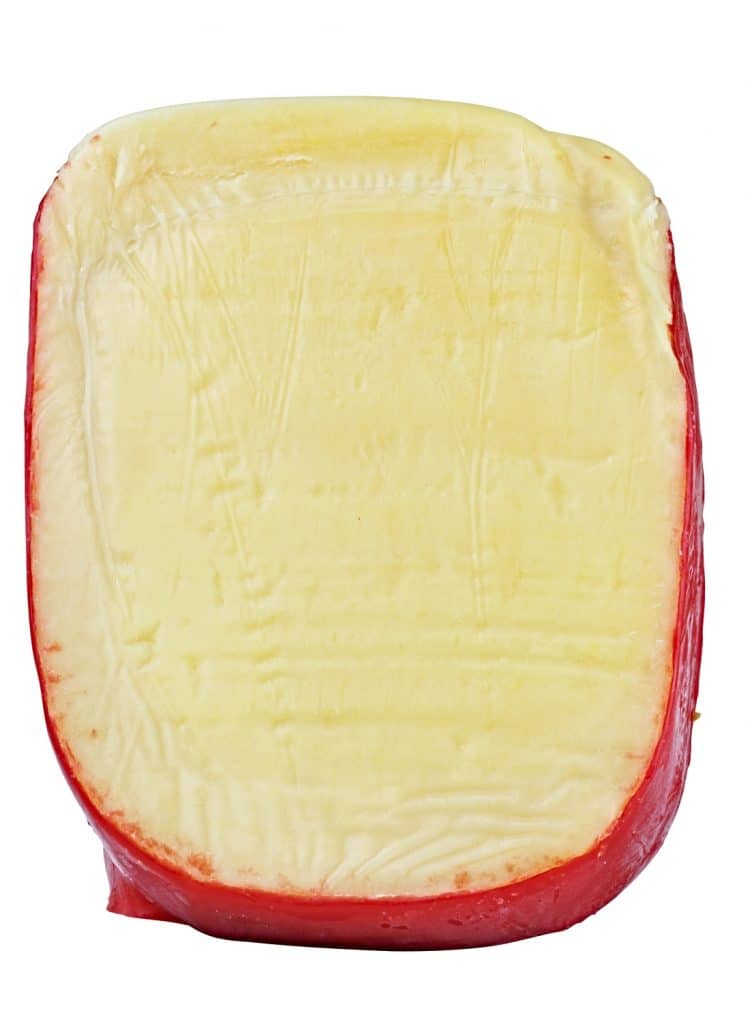 Havarti Cheese Substitutes (How To Use Them) – Treat Dreams

Read More:   Top 10 fried chicken safeway That Easy To Do 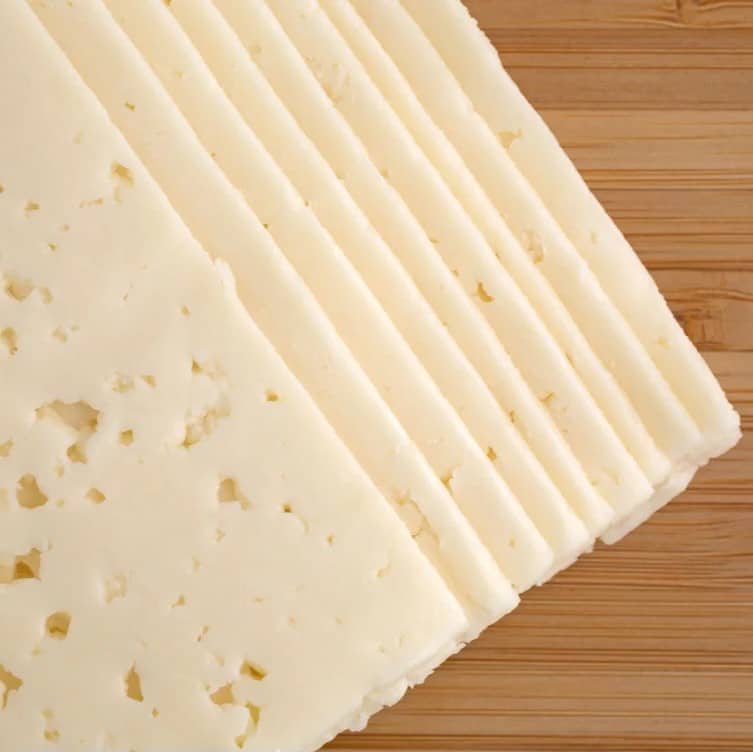 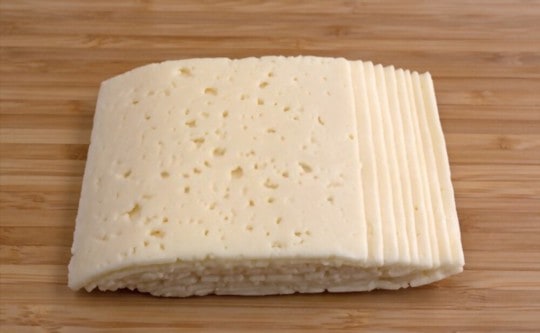 The 5 Best Substitutes For Havarti Cheese 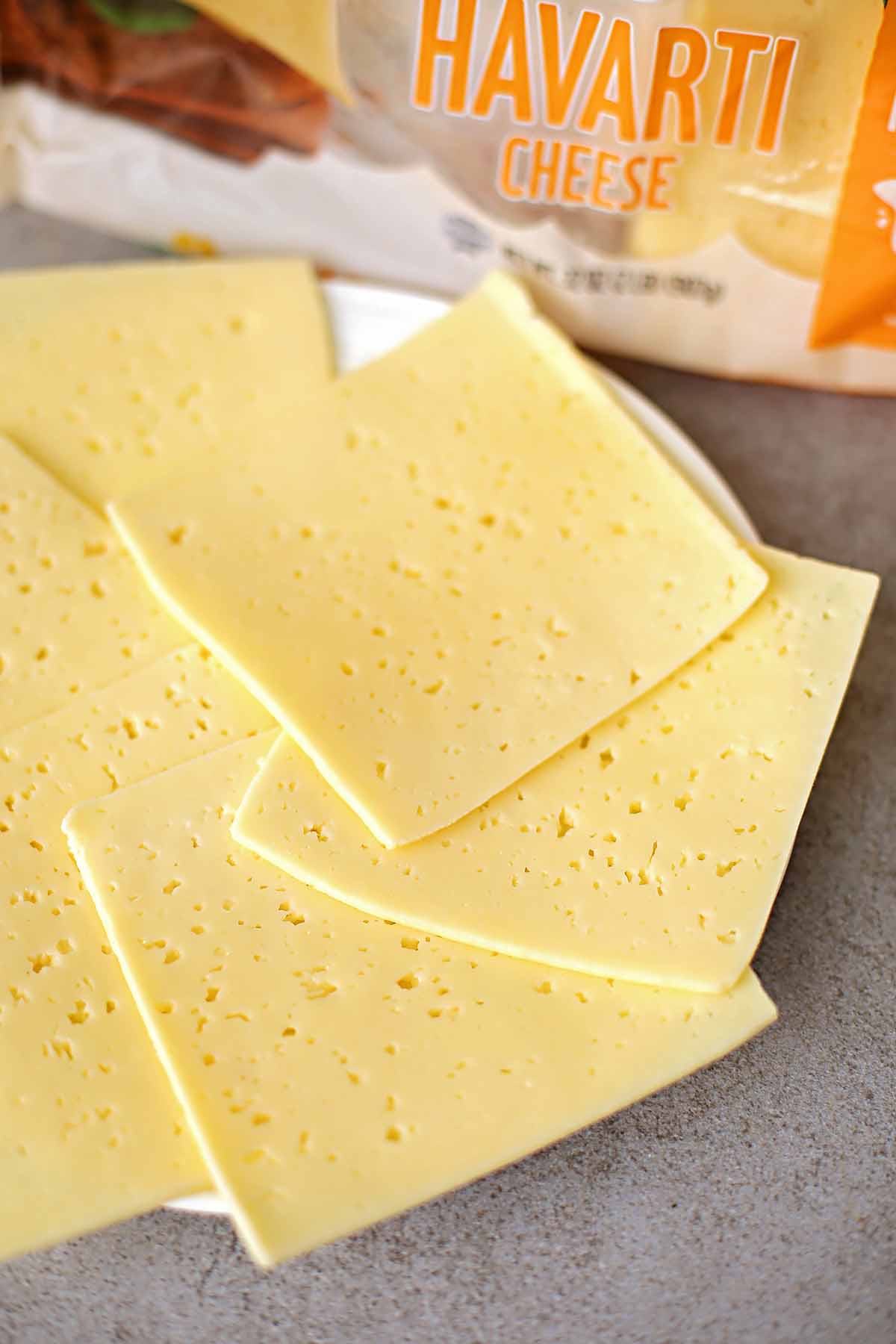 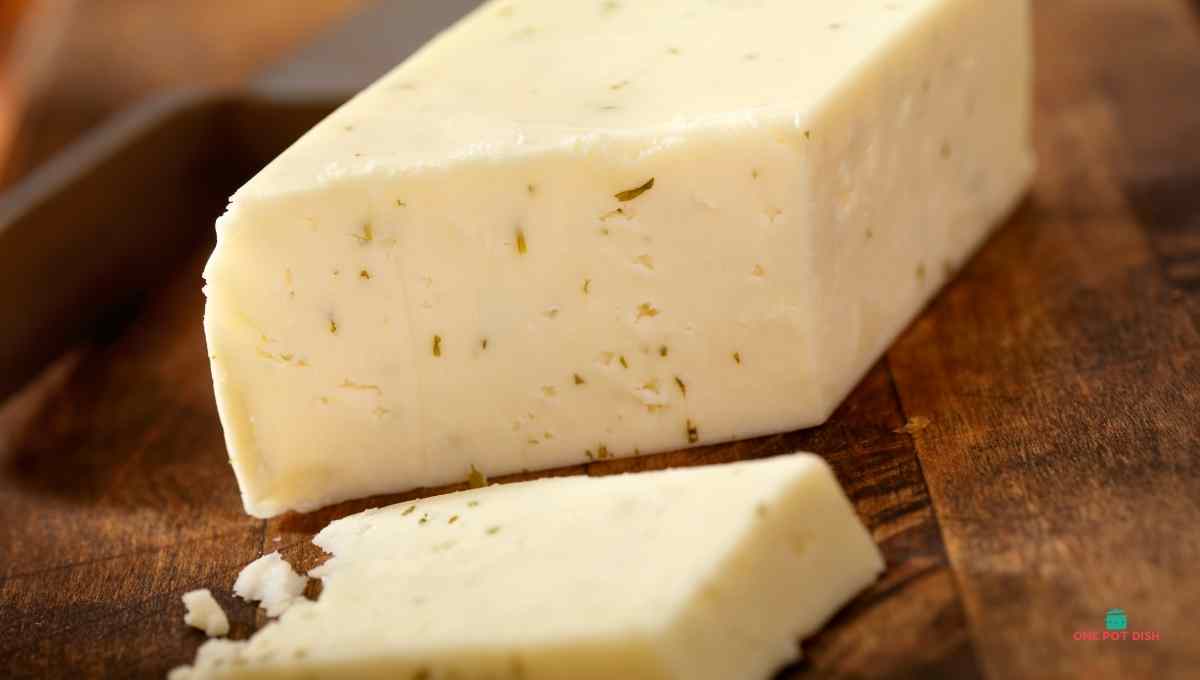 Read More:   Top 10 expired cream of mushroom soup That Easy To Do 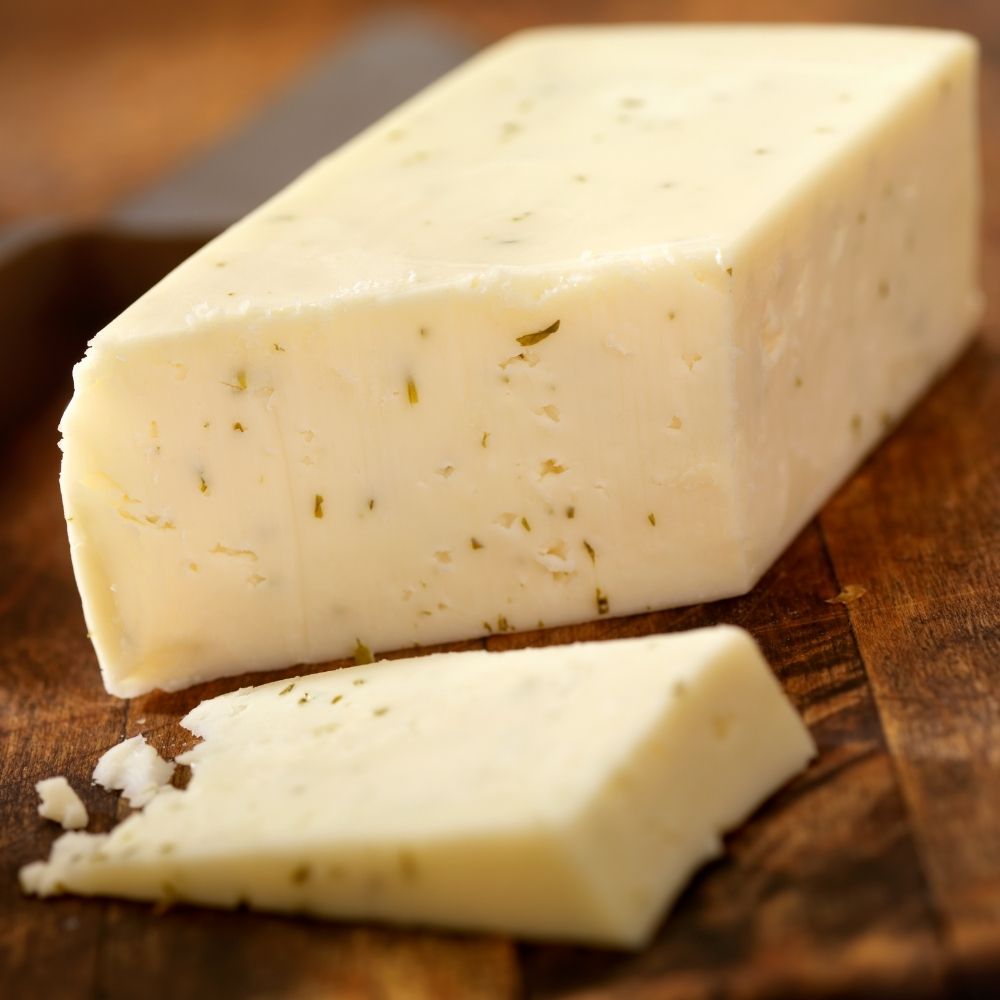 If you have questions that need to be answered about the topic cheeses similar to havarti, then this section may help you solve it.

What is similar to Havarti?

Emmental Cheese The flavor of Emmental cheese is slightly nutty and sweet. It’s not as sharp as Havarti, but it still has a nice depth of flavor. The main difference between Emmental and Havarti is that Emmental is a bit sweeter

Is Gouda the same as Havarti?

Is Havarti cheese similar to Swiss?

What’s the difference between havarti and swiss? While havarti and swiss cheese both have holes, these cheeses differ in flavor and texture. Swiss has a firmer texture and is nuttier?thanks to its longer aging time?with large holes called ?eyes.? Havarti is semi-soft, with a super buttery and creamy flavor.

Is Havarti similar to provolone?

Havarti qualifies as a good substitute for provolone because it’s typically made with cow’s milk and has a bit of tanginess to it. It melts beautifully. It’s important to note that Havarti cheese is made from whole milk.

Is Havarti similar to Monterey Jack?

Havarti cheese is a Danish semi-soft cheese with a mild flavour. Similarly to Monterey Jack, it’s also made with cow’s milk. This version is slightly more creamy than Monterey Jack cheese. It is best to substitute Monterey Jack with Havarti in grilled recipes.

It is a mild-flavored cheese made from cow’s milk, has a buttery texture and a slightly sweet and nutty flavor, which resembles Gruyère but on a milder note. As a substitute for Gruyère, Reddit user @Guvmint_Cheese says that both Jarlsberg and Havarti cheeses can be used, although they give less flavorful dishes.

Is Havarti the same as Monterey Jack?

Havarti cheese is a common alternative to Monterey Jack cheese because of its texture, flavor, and ability to melt. It has a white color and is also similar to Tilsit. Structurally, Havarti cheese is a semi-hard cheese that you can serve sliced on a platter.

Which is better Gouda or Havarti?

Havarti has a buttery and gentle creamy taste, is semi-soft and has a mellow aroma. It adds the perfect touch to a wide variety of foods, especially when melted to sublime perfection in a grilled cheese sandwich. Gouda has a rich, buttery and slightly sweet flavor and a smooth, creamy texture.

Are Muenster and Havarti similar?

Havarti cheese is another of the popular store-bought cheeses that can match the creamy texture and mild taste of muenster cheese. Havarti is a semi-soft cheese and is frequently found in multiple varieties including herbed, or with hot pepper added.

What is special about Havarti cheese?

A rare luxury in the United States, Havarti is an interior-ripened cheese with a very creamy texture and, not surprisingly, a creamy, buttery flavor. It has a smooth surface with no rind and a springy, elastic, semi-firm texture which makes it ideal for slicing.

Why is Havarti cheese so good?

Being a semi-hard cheese, it has a springy texture with subtle sweet and acidic notes. Lusciously smooth, Havarti is balanced and mild enough to suit all palates, with the piquant flavors harmonizing perfectly with salads, sandwiches as well as on its own.

Video About cheeses similar to havarti