Mmmm… there’s nothing like the first bite and creamy taste of butter as it oozes through the crevices of a freshly toasted English muffin. Or is there? To health-conscious people of all ages who are watching their fat intake and monitoring their cholesterol levels, butter is a villain. A delicious one, yes, but nevertheless one of the causes of pouches on men and muffin tops on women. Even Julia Child couldn’t deny the effects of butter, not that it influenced her or her recipes. But substituting butter “back in the day” couldn’t compare to the non-butter favorites we enjoy today ‒ like Country Crock.

First, let’s get the terminology right. By definition, commercial butter must contain 80%‒82% milk fat. Reduced fat and light butter have around 40% milk fat. Margarine must contain 80% fat, and the fat is usually derived from soy and corn oils. Any product containing less than 80% fat must be called a spread.

The packaging on some sticks of unsalted butter boasts their contents have an 85% butterfat content. That high fat content makes it great tasting, but the vital statistics include 12 grams of fat, 8 of which are saturated fat, and 31 milligrams of cholesterol. This adds up to 110 calories per serving, with all 110 of them total fat.

Country Crock’s unsalted baking sticks boast 11 grams of fat, 3.5 of which are saturated fat ‒ a much lower amount than the saturated fat in butter. It also has no carbohydrates. No sodium. No cholesterol ‒ all in a 100-calorie serving. With all that isn’t in Country Crock, what is?

Ingredients in Both Spreads

In its formula, the makers of Country Crock include water, soybean, palm kernel and palm oils, salt, soy, vinegar, and flavorings, in addition to some chemicals that you may recognize but don’t understand. It’s also gluten free, and the color and flavor remain consistent year-round.

Butter comprises sweet cream, and if it’s salted ‒ salt. That’s it. Specialty butter will be more yellow in the spring and summer because the cows have been grazing on fresh grass and more muted in the winter months. Be sure to check the expiration date on unsalted butter as it goes bad sooner due to the lack of a preservative ‒ salt.

The cooks at the Better Homes and Gardens test kitchen had a field day and consumed an abundance of calories, when they baked and taste-tested butter vs. spreads. They found that Shedd’s Spread Country Crock, made with vegetable oil with a 79% fat content, did produce a very buttery-tasting cookie. In their remarks, the experts at the test kitchen also mentioned that they consider Land O Lakes butter the gold standard in baking.

Country Crock suggests substituting, one-on-one, its baking sticks for butter. They also boast that since it’s always in “soft” mode, even right out of the refrigerator, the last-minute baker can jump right into creaming butter and sugar instead of waiting for the butter stick to soften.

Test-drive Country Crock on that English muffin. Before you know it, the muffin top might be relegated to the muffin, not you!

My seventh grade English teacher didn’t realize what she was unleashing when she called me her “writer,” but the word crept into my brain. I DID become a writer. Of advertising copy, dialogue and long-term story for several network soap operas, magazine articles and high-calorie contents for the cookbook: Cooking: It AIn’t Rocket Science, a bestseller on Amazon! When I’m not writing, I’m cooking! 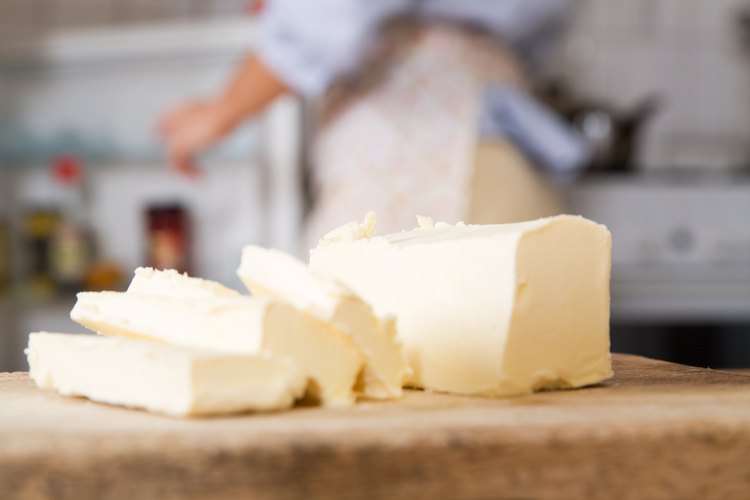 How bad is Country Crock? – Foodly 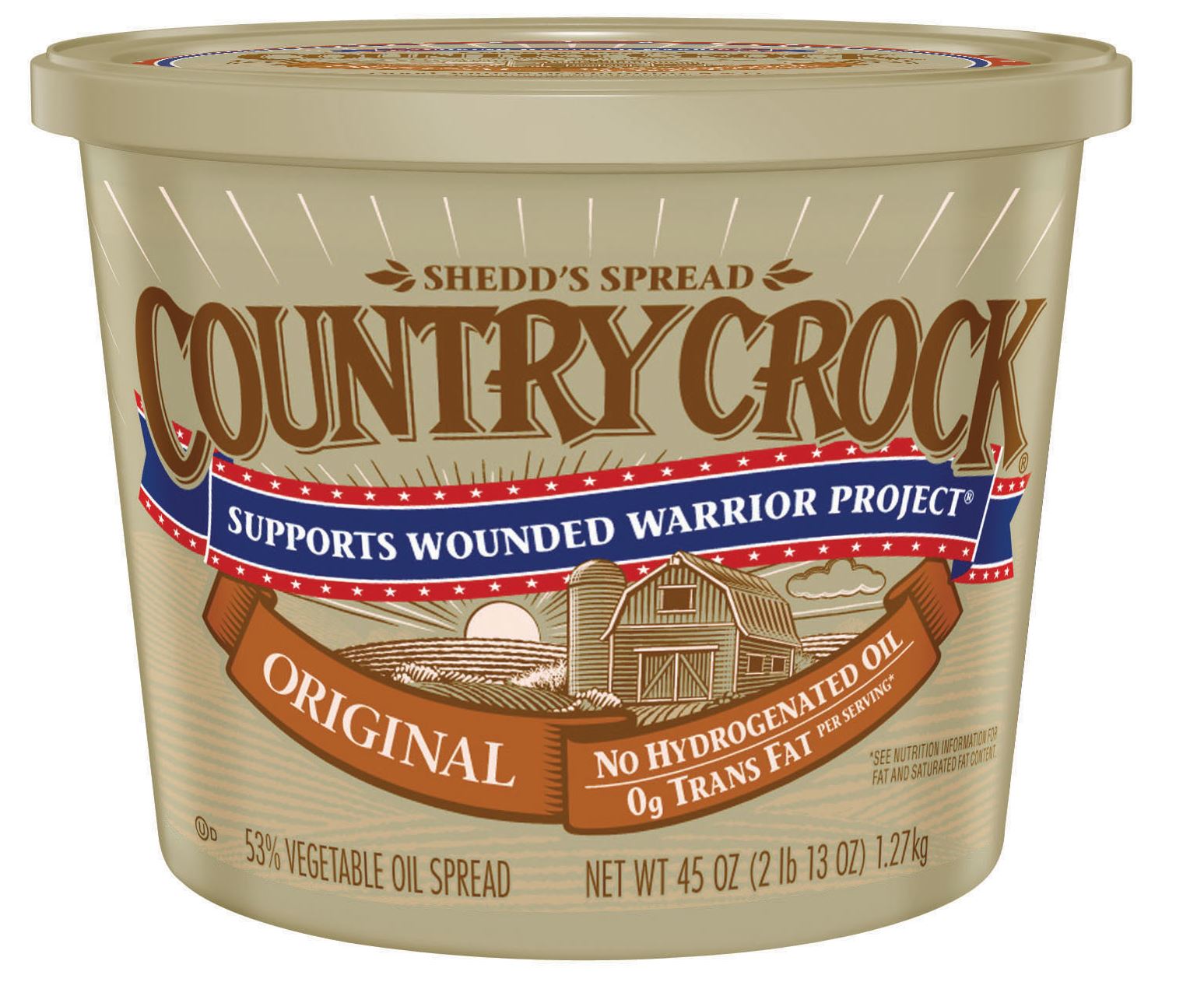 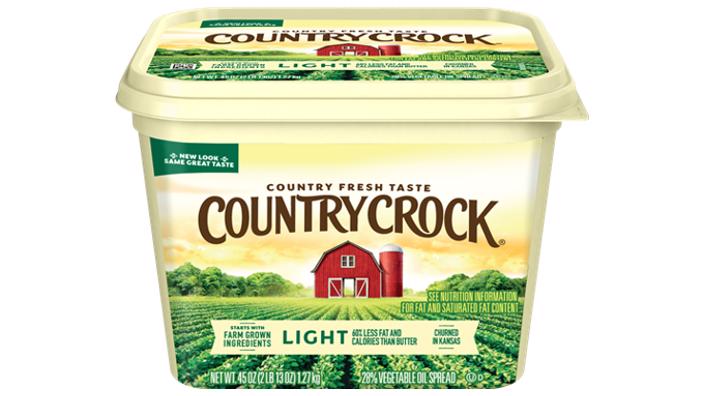 We Tried It: Does Country Crock's New Formula Actually Taste … 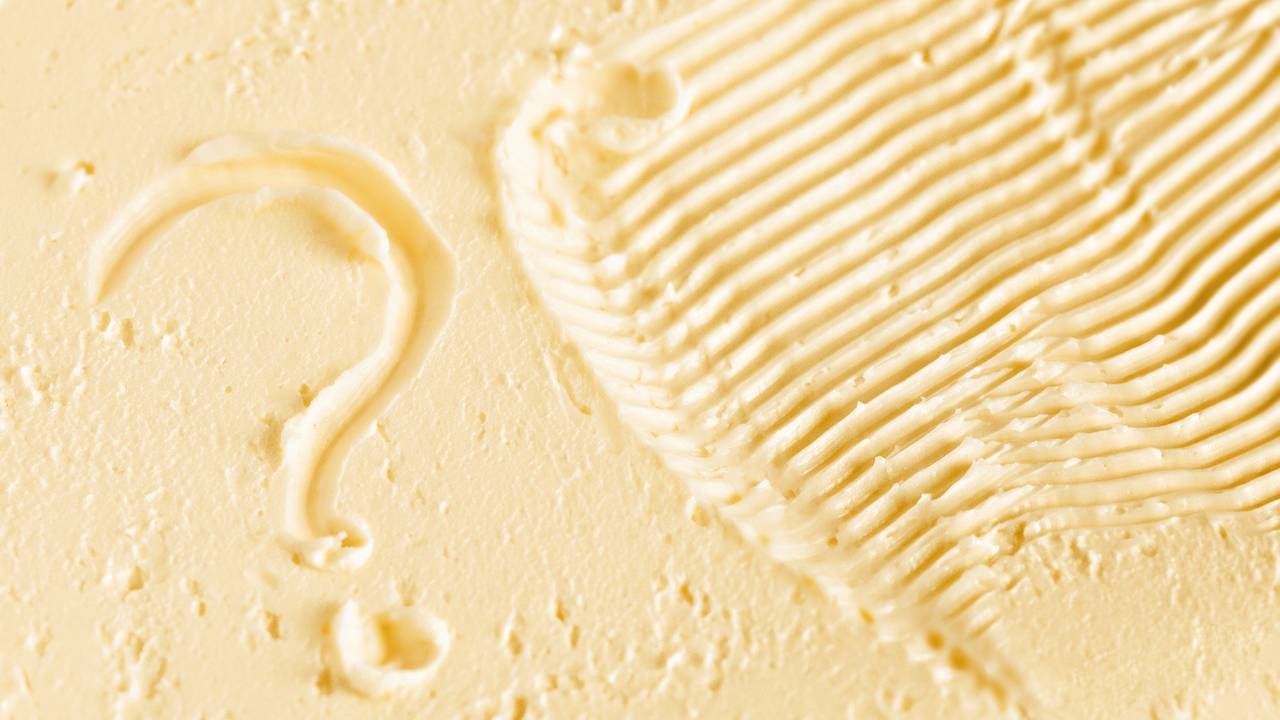 Frequently Asked Questions About how bad is country crock

If you have questions that need to be answered about the topic how bad is country crock, then this section may help you solve it.

Is Country Crock better for you?

With just 35 calories per serving and a perfect blend of oils, purified water, and salt, Country Crock Light is a healthier alternative that doesn’t contain any artificial flavors or preservatives or hydrogenated oils.

How healthy is Country Crock Calcium?

Is Country Crock made with margarine or real butter?

(As a side note, even in its conventional packaging, Country Crock isn’t actually margarine; it’s a “spread,” a term for vegetable-oil products that didn’t adhere to the same standards as butter or margarine.

Which margarine or butter is the healthiest?

Butter or margarine: Which is healthier for my heart? According to Katherine Zeratsky, R.D., L.D., margarine frequently beats butter in terms of heart health because it is made up of a mixture of mostly unsaturated fats.

Are calcium supplements bad for you?

It highlights that calcium carbonate is more frequently associated with gastrointestinal side effects, including constipation, flatulence, and bloating, and that calcium supplements may increase the likelihood of constipation, severe diarrhea, and abdominal pain.

Cholesterol, carbohydrates, and protein are absent from Country Crock spreads, which also have half the saturated fat and cholesterol of real butter and 100 mg of sodium per tablespoon of Country Crock Original and Spreadable Butter with Canola Oil, respectively.

Which condiment is the healthiest?

Is butter healthier or country crock?

Which is more harmful to you, butter or sugar?

An extensive body of research revealed that sugar is even worse for your heart than saturated (bad) fat, according to the Dietary Guidelines Advisory Committee, an independent panel of experts that regularly makes evidence-based recommendations to the federal government.

Read More:   10 why are shelves empty at stores Ideas

What type of sugar is the worst for you?

Refined sugars, or white sugar, have no nutrients, on the other hand.

Why are you so fat?

The World Health Organization claims that an energy imbalance between calories consumed and calories expended is the fundamental cause of obesity and overweight. To put it another way, we either eat too much or are too sedentary, or both.

What sugar do I need to stop consuming?

Why am I overweight when I eat well?

Keep Your Metabolism Moving: Even if you follow a healthy diet, you still need to exercise for about an hour every day. It doesn’t have to be a strenuous cardio session; a brisk walk is a good place to start. Aim for 10,000 steps per day; use a pedometer app on your smartphone to monitor your progress.

Is being overweight or skinny better?

While obese people had a higher risk of death, especially those whose BMI was 35 or higher, overweight people had a 6% lower risk of death than those of normal weight, according to an analysis of nearly 100 studies involving more than 2.8 million people.

Why am I gaining weight despite not eating much?

Your Slow Metabolism: The primary cause of some people gaining weight despite eating a relatively low-calorie diet is due to a slow metabolism, which prevents your body from converting food into energy in sufficient amounts.

With only 1,000 calories, why am I gaining weight?

Simply put, unless you’re incredibly small and inactive, you should and will lose weight on 1000 calories, unless of course you’re chronically stressed out or really bad at counting calories.

Who has the longest lifespan?

According to a study in the journal PLOS ONE, pear-shaped people tend to live longer than people with apple-shaped bodies because they have relatively thinner waists.

Can one be overweight and healthy?

While being overweight increases your risk of developing obesity, diabetes, heart disease, and stroke, you can be overweight and still be healthy, especially if you don’t have any chronic diseases like diabetes or hypertension.

What age does health start to deteriorate?

According to research from Duke University’s School of Medicine, physical decline starts in our 50s and gets worse as we age, especially for people who don’t exercise.

What age is a long life considered to be?

Today, even though the average lifespan in the United States is around 80 years, many people expect to live well into their 80s or 90s, and the number of centenarians — those who are 100 years or older — is increasing.

When is someone too fat?

A BMI of 18.5 to 25 is typically regarded as a healthy BMI, while a BMI of 25 to 29.9 is considered overweight and a BMI of 30 or higher is considered obese. The BMI calculates height and weight to produce a score that is indicative of a class of health risk.

Why do I look so thin but am so heavy?

If you’ve been doing a lot of strength training lately, it’s likely this is the reason why you’re looking great but not losing those numbers. Muscle is denser than fat, and because it is more compact within your body, as you gain muscle mass, you end up looking thinner, regardless of your physical weight.

What weight does skinny mean?

What American city has the highest rate of obesity?

According to an analysis by the personal finance website WalletHub, McAllen, Texas, is the city with the highest rate of overweight and obesity in the country.

Is a little bit of fat acceptable?

So is it okay to be a little bit fat? The answer is probably yes: people with a BMI of 25 might view themselves as “a bit” fat, even though they are not overweight. But very high BMIs (and very low BMIs, below 18.5) are definitely unhealthy.

For most people under 6 feet 4 inches tall, weighing more than 200 lbs would place them in the “overweight” or “obese” category, according to BMI calculations. Normal or healthy weight is indicated by a BMI between 18.5 and 24.9, overweight is between 25 and 29.9, and obese is 30 and above.